If you’ve walked the streets of Milledgeville, chances are you’ve noticed some of the gorgeous homes and buildings we have. Maybe you’ve done our historic walking tour and taken a moment to appreciate the architecture in the town. But, did you know that we have an entire style of architecture named after our city? That’s right. We’re famous in the architecture world and it’s all thanks to one man: John Marlor. John Marlor created some of the most beautiful buildings in town and we’re going to give you a guide of how you can see his work the next time you step out on the Milledgeville streets. Before we can do that though, let’s talk about the man himself.

John Marlor was born in England in 1789, but little is known about his early life. What we do know is that he moved from England to Charleston, South Carolina soon after he was born. It was from Charleston that he made his way to Milledgeville and our town would soon be changed forever. In 1820, Marlor landed in Milledgeville and began his 20 year career that would alter the landscape of our town. Mostly self-taught, Marlor had an interesting take on different architectural styles. His personal style relied on a combination of Georgian and Federal structures with more complex elements being added in as he began to gain experience. In the end, he created an entirely new style known as “Milledgeville Federal”, characterized by side-gabled roofs, spiral staircases, and fanlight front entrances. Marlor died in 1835 in Milledgeville and is buried in Memory Hill Cemetery. While the man himself is gone, 5 of his most beautiful structures remain in the city.

The Brown-Stetson-Sanford house was built in 1825 and serves as the perfect example of the Milledgeville Federal style. The home features many Marlor trademarks such as the columned double porch and beautiful spiral staircase. It was later converted from a home into the Beecher-Brown Hotel and then transformed into the States’ Rights Hotel for visiting legislators. In the 1950s and 60s, the Sanford house was a tea room noted for its excellent cuisine. The home is located at 601 West Hancock Street and can be toured as part of the Trolley Tour. The house is #23 on the Historic Walking Tour.

This house was built by Marlor as a present to his second wife in 1830. The home contains all of the iconic aspects of John Marlor’s signature style, including a portico with Doric columns, a cantilevered balcony, and a circular staircase. This building, the John Marlor Arts Center, is one of four historic buildings that make up the Milledgeville-Baldwin County Allied Arts Center. The building is located on 201 North Wayne Street and is stop #33 on Milledgeville’s Historic Walking Tour. 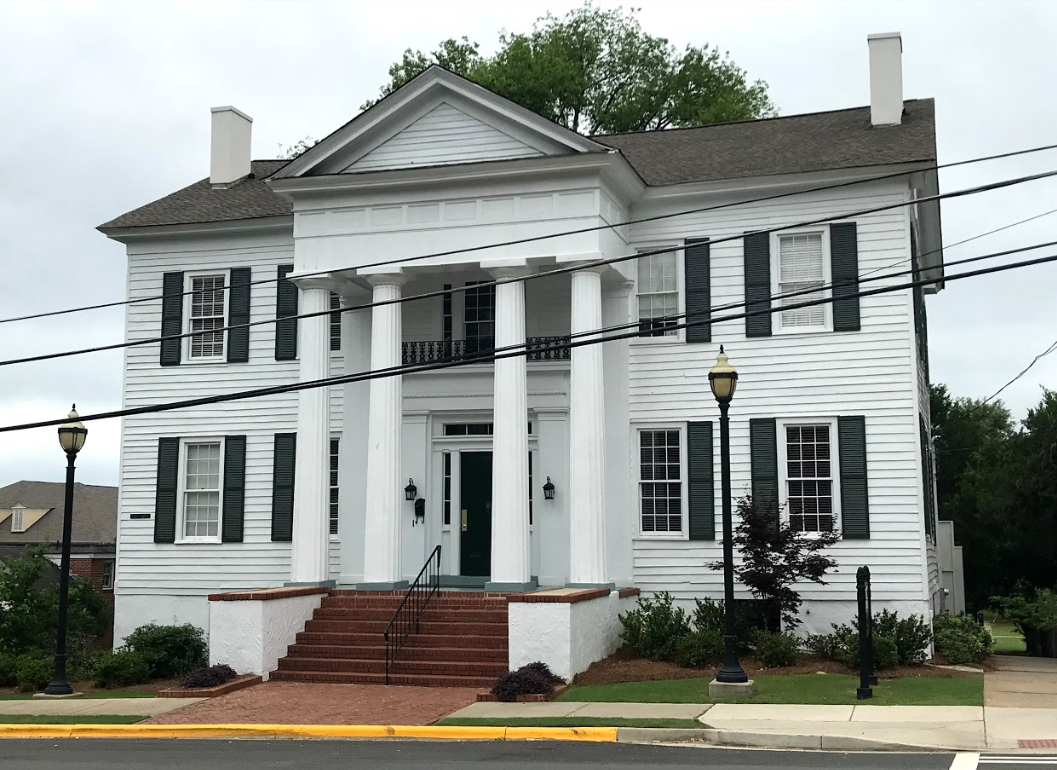 The Newell-Watts House was built in 1825 in the late Georgian, Greek Revival style. The home was owned by the same family for over 100 years and served as a meeting place for aristocracy, including Sidney Lanier, in the years before the Civil War. The building now serves of the Georgia College and State University Office of Admissions and is located at 201 South Clarke Street.The home is #8 on the Historic Walking Tour. 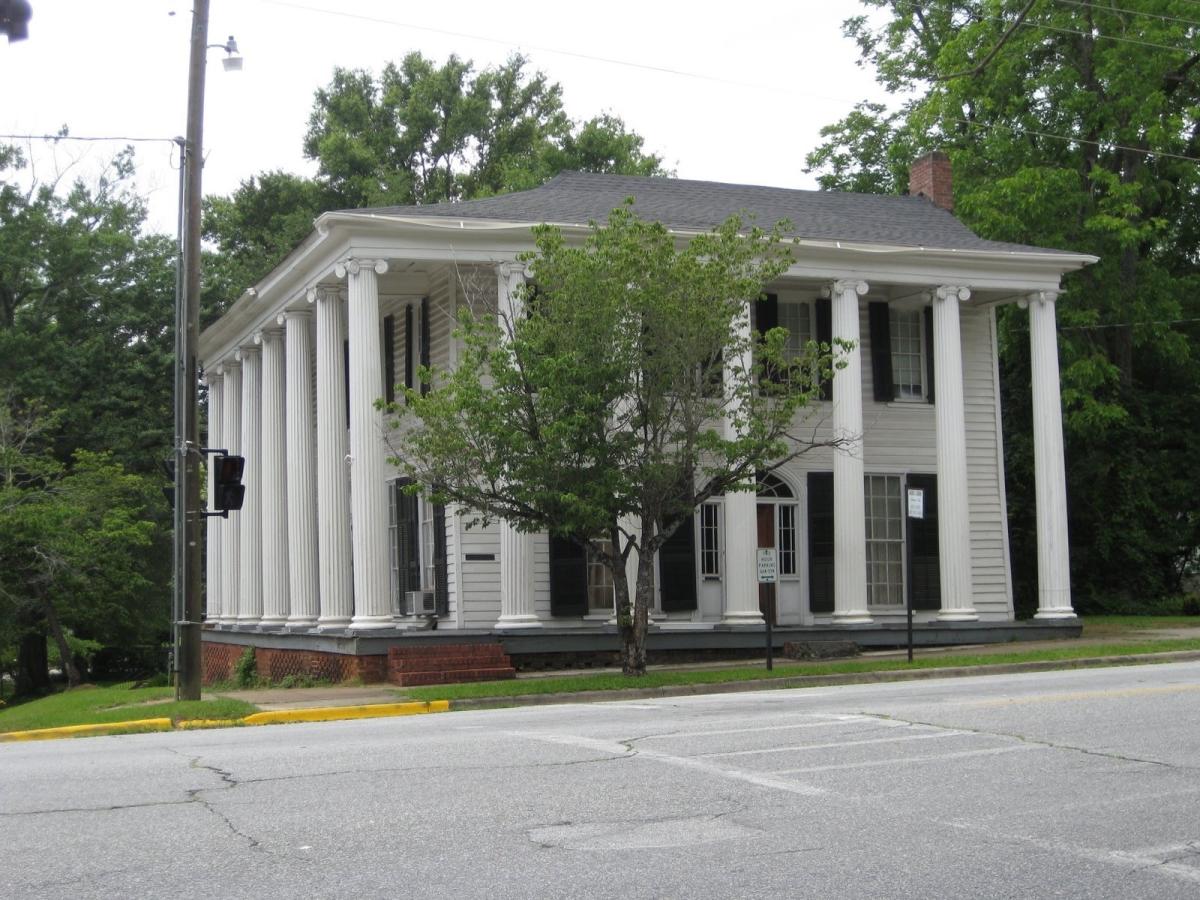 Built in 1823, the Stovall-Conn-Gardner House reflects the Federal Transitional style. The house reflects the originality of Marlor’s style with his disregard to symmetry. Also called “Thirteen Columns”, each column is said to represent one of the original 13 colonies. The home is located at 141 South Wilkinson Street and is #11 on the Historic Trolley Tour.

The Masonic Hall is considered to be Marlor’s best work. The building was dedicated on June 24, 1834 and is the oldest Masonic building in continuous usage in the state. The building itself is home to fine iron work with masonic emblems, fanlights over the doors to each floor, and an 87-foot unsupported circular staircase that extends to three flights. Located at the corner of Hancock Street and Wayne Street, the building is #39 on the Historic Walking Tour.

Marlor’s legacy can still be seen and felt all around Milledgeville. In addition to his beautiful buildings, Marlor’s grave can be found at Memory Hill Cemetery, West Side, Section E, Lot 44.

Gracie is a junior at GCSU studying Mass Comm and French. She loves traveling (especially to Disney Parks), reading, watching movies, and singing along to Broadway musical soundtracks. When she’s not at Walt Disney World, she can usually be found driving around town in her red Mini Cooper. You can find her on Instagram @gracefullydisney.