Article originally appeared on Kids Are A Trip.

Atlanta is the home to the busiest airport in the world, as well as the intersection of several major highways, making it an easy vacation destination with lots of popular attractions. But why not extend your stay, and plan a road trip outside the city to truly experience all that Georgia has to offer. Sue Rodman of 365 Atlanta Traveler shares these seven fabulous day trips from Atlanta, and we are thrilled to have her insider opinion. These seven towns are all less than three hours from the bright lights of the city; yet offer tons of activities for a fun filled adventure. 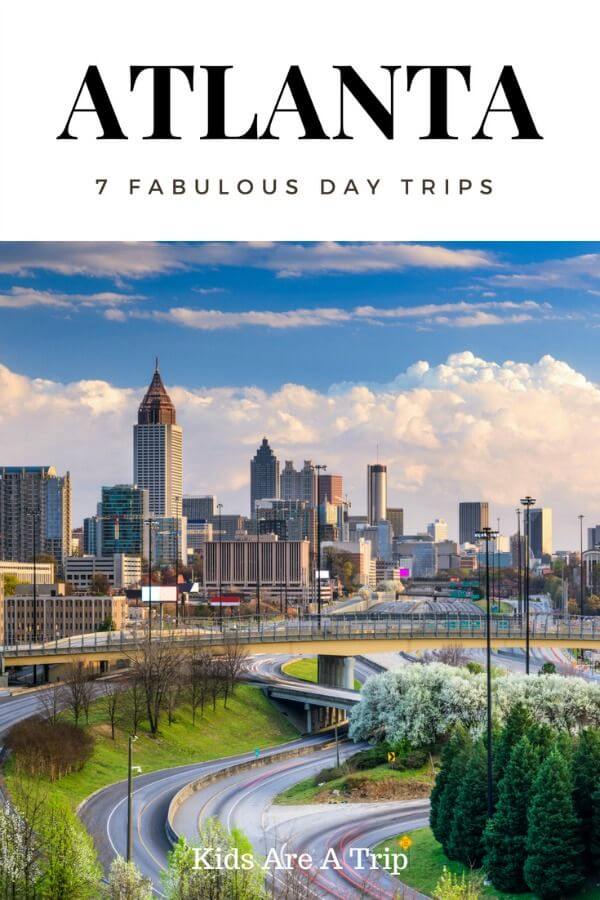 Due South of Atlanta is Milledgeville, the one time state capital, and current home to Georgia College. This antebellum town has plenty of history. Start your tour at the Old Governor’s Mansion, which was occupied by General Sherman during his March to the Sea. Want more? Take a 2-3 hour historic tour aboard Millie, the local trolley. For outdoor lovers, the Oconee River Greenway is a beautiful place to explore on foot, bike or kayak.  Refuel at Jackson’s on Lake Sinclair with oysters on the half-shell, while enjoying live music and lake views.