DeSoto Magazine: If Walls Could Talk 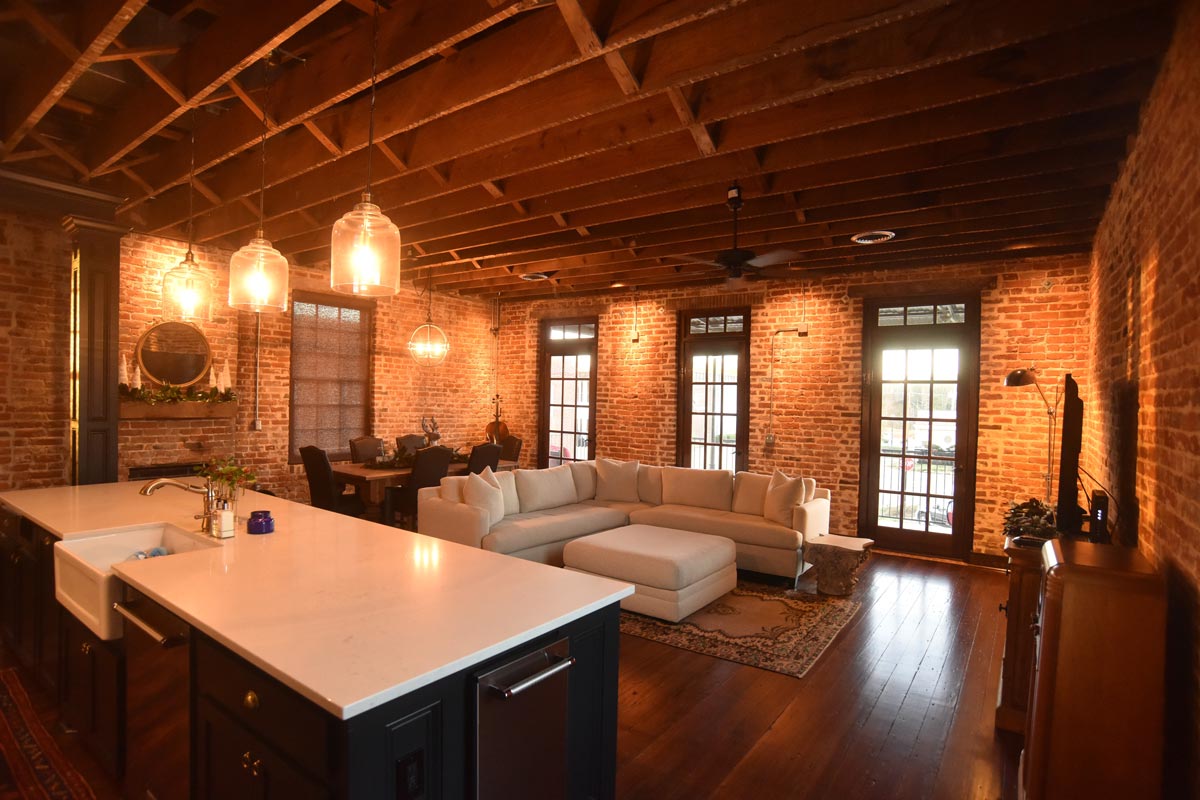 Urban dwellers, especially millennials and retirees, have reclaimed historic downtown spaces that were once department stores, banks, and even a city jail for high-end, beautifully renovated loft apartments.

After finishing college, some artsy-type kids I knew moved to New York City and lived in loft apartments in the commercial districts, often above storefronts or restaurants. The idea of walking downstairs to work made a lot of sense in a place where owning a car is more of a nuisance than an advantage.

I was a little envious of those city dwellers who were in the heart of the action but, for me, living downtown in a small Southern city wasn’t an option – especially after urban renewal efforts tried (and in most cases failed) to “suburbanize” town centers in the 70s. Quite frankly, there weren’t many reasons to live downtown.

Although the appearance of lofts in the South began in earnest about 25 years ago in some of the sizeable cities, the trend only became popular about a decade ago in small towns. Places with traditional town centers and where original masonry could become a prominent design feature have seen a renovation boom in historic buildings.

“It’s now a full-blown industry,” says Bob Barber, an urban planner for Orion Planning and Design, in Hernando, Mississippi. “Many communities are experiencing a burst of activity. Some great stuff is happening in Brandon, Corinth, Greenwood, Woodville, and New Albany.”

Loft living is on the rise especially in the South where downtown revitalizations are drawing more people back into the heart of cities. In Meridian, Mississippi, more than 70 loft apartments or condos are located downtown. The floors above the city’s welcome center, just a block away from the newly opened Mississippi Arts Experience (The MAX), houses several loft apartments in a former hotel where millennials often gather in the common areas.

“We’re embracing the idea to take back the downtown,” says Dede Mogollon, executive director for Visit Meridian. “The new museum and the renovated Riley Center give people even more reasons to be downtown.”

Even in towns where the nightlife activities end around 9 p.m., the attraction for loft living is still strong. Architect Jamie Wier renovated the old city jail in downtown Brandon, Mississippi, to include five lofts – one in which he and his wife live.

“It’s really peaceful and quiet,” he says. “At 9 o’clock everything stops.”

Built in the 1850s, the Wierhouse as it’s known now, is on the National Register of Historic Places. Not only was it the city jail, but Wier was told it was used as a hospital for Union troops during the Civil War when most of Brandon was burned. More recently, it was a hardware store and antique shop.

Preserving the history was a top priority for Wier. He bought two adjoining buildings five years ago for $450,000 but is “still calculating” the cost of renovations.

“Unexpected costs came from trying to keep the integrity of the buildings and preserve what we could of the structure,” he says.

The results are paying off – the project was nominated for a 2018 Mississippi Heritage Trust award, with the winner to be announced in early June. In addition to the loft apartments, the project includes a restaurant, bakery and speakeasy. The restaurant, Genna Benna, is set to open in late May along with a Georgia Blue Bakery next door.

“The speakeasy will be in the basement where the jail cells were,” Wier says with a laugh. “We’re even carrying out the theme with some of the jail bars.”

“Brandon is a great example of what we envision for communities,” says planner Barber who worked with Wier to bring the project to fruition. “A city that promotes this kind of development reeks huge dividends. It re-enlivens these kinds of spaces because people are there 24 hours a day.”

“There is not a downside to revitalizing these kinds of spaces for living,” Barber adds.

The real reward for Wier, however, is seeing his dream of living downtown come true. “I had a dream, and I saw what the historic area of Brandon could be,” says Wier, a native of Money, Mississippi, who moved to Brandon in 2008.

Downtown lofts have also become extremely popular as AirBnB accommodations. Wier rents one of his Brandon lofts as an AirBnB and says it is booked from “now until whenever.”

“It has stayed booked since we listed it on the AirBnB site,” Wier says. “It’s amazing and a lot of fun to see the people we get through here… from as far away as New Zealand.” 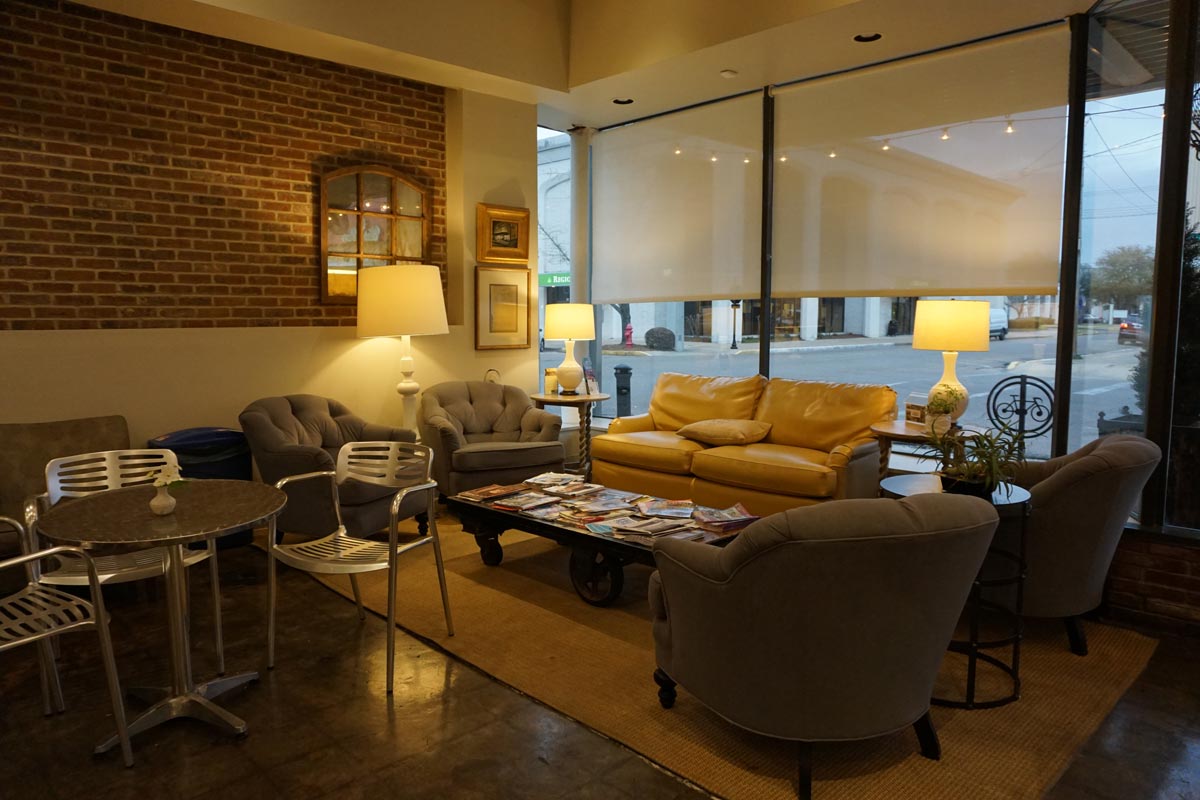 International visitors also find their way to Clarksdale in the heart of the Mississippi Blues Trail. The Lofts at the Five & Dime are located in the historic F.W. Woolworth building, which opened in 1924, and offer apartment-style accommodations that blend modern style and amenities with traditional Southern charm. The Yazoo Pass Café is located on the ground floor while six elegantly furnished lofts are on the upper floors, accessible only by stairs. 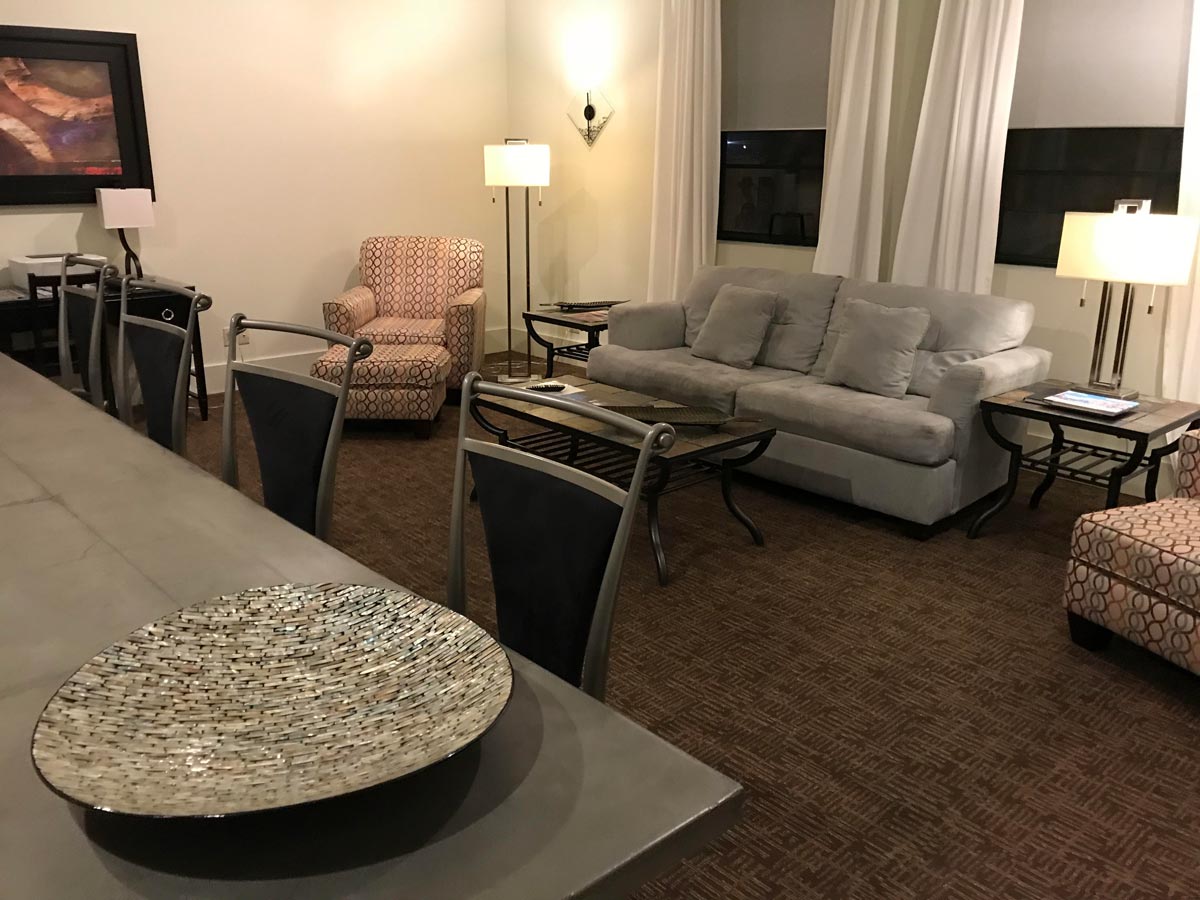 “Visitors will feel right at home with everything from hot cocoa to a computer printer. What really impressed me were the details — books on Clarksdale and Mississippi, information on nightlife, Delta photos from Depression-era photographers, even the high ceilings that no doubt hail back to the Five & Dime-era had an industrial feel that was so elegantly done,” describes Cheré Coen of Lafayette, Louisiana, who was a recent guest. “Looking up from my bed, I was entranced by the elaborate steel work. I made myself a hot chocolate, crawled into that four-poster bed and enjoyed a good Mississippi read.”

Guests staying in Laurel’s Sweet Somethings lofts awake to the aromas of fresh sticky buns drifting up from the bakery by the same name. Open since May 2017, the Sweet Somethings B&B has hosted HGTV crews filming the Home Town series. Owner Joseph Watkins says the lofts have been so popular that he’s building several more above another of his restaurants down the street. 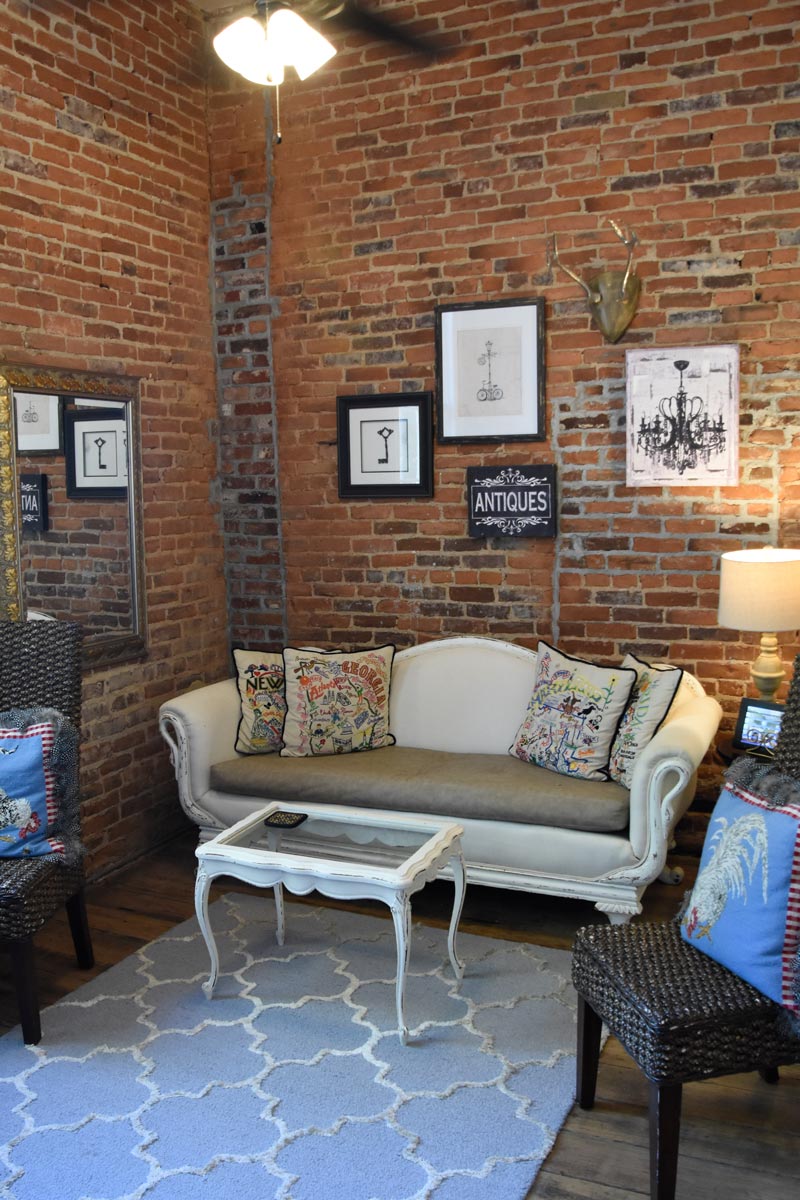 Guests at the Soho Lofts in Milledgeville, Georgia, find the former 1890s bank quite comfortable with its New York-style amenities and within walking distance of several downtown restaurants. Former Milledgeville resident Kimberly Hall Martin and her husband, Joseph, purchased and renovated the building, which had been vacant for 10 years, to be a place where they could stay on extended visits. The four sizeable lofts, located above a Verizon store, are professionally decorated with the original masonry incorporated into the design. The Martins have an apartment in the Soho section of New York City, so they named the Milledgeville apartments the Soho Lofts because of the resemblance in architectural style.

When I crawled into the huge, custom-made bed at the Southern version of SoHo, I could easily imagine what it might have been like had I joined my classmates in New York. Instead, I called my husband and said, “Let’s ditch the yardwork, and buy a loft… in the South.”